“Persistence beats Resistance” was the theme of the night for our meeting held on the 5th of February 2014. Dick Hallet got the ball rolling by proposing the toast of the day “Realistic Goals”, encouraging us to set realistic goals for the year ahead.  This was followed by an insightful toast to Toastmasters International by Luther Feros our Vice President of Education.

Once again we had a packed club and agenda as well as the privilege of hosting two guests, Kanyiswa and Elija. 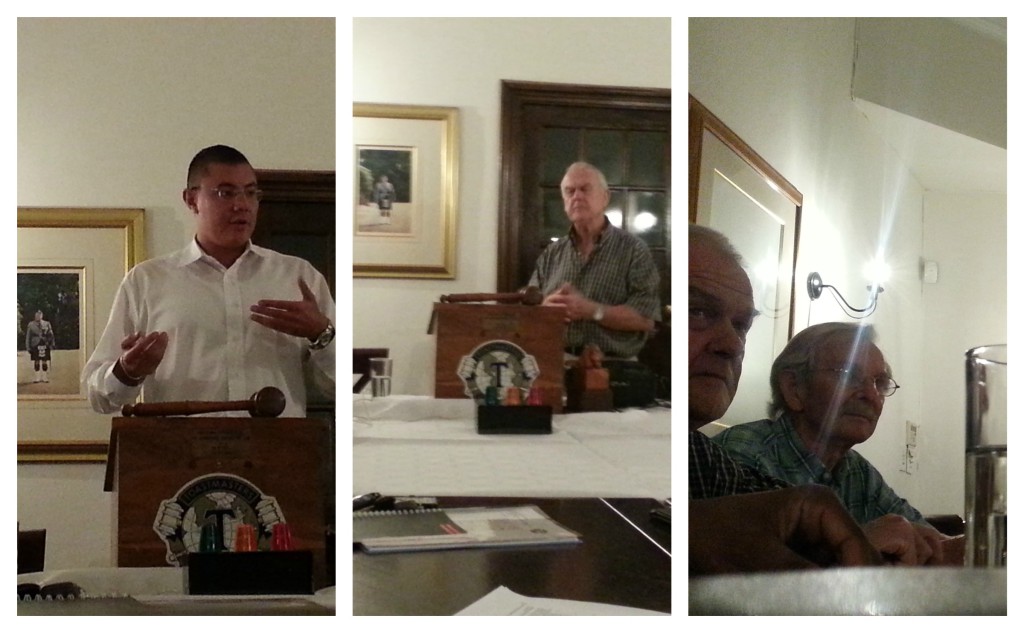 Our club President Di Sharp was the Toastmaster of the evening and guided us through 3 successful prepared speeches as well as an educational.

The prepared speeches were completed as follows:

The grizzly bear was awarded to Christian Nyakanyanga for his participation at the meeting by giving a speech and doing his first educational.

Some highlights to look forward to at our next meeting are: