“Your Attitude Determines Your Altitude” was the theme of the day for the Johannesburg Toastmasters Club meeting held on the 19th of February 2014. This was complimented by the word(s) of the day “A New Beginning” as proposed by Tinahe.

Once again Dick Hallet gave a riveting toast of the day entitled “Competitions” which in part celebrated the current Olympics.  Christian Nyakanyanga delivered the toast to Toastmasters International which in itself was a testimonial to how Toastmasters has helped his career.

We had a packed agenda as well as the privilege and pleasure of hosting three new guests, Bonolo, Chulu and Nana who later participated in table topics. The Toastmaster of the evening was Des Smith who guided us through a successful club meeting. 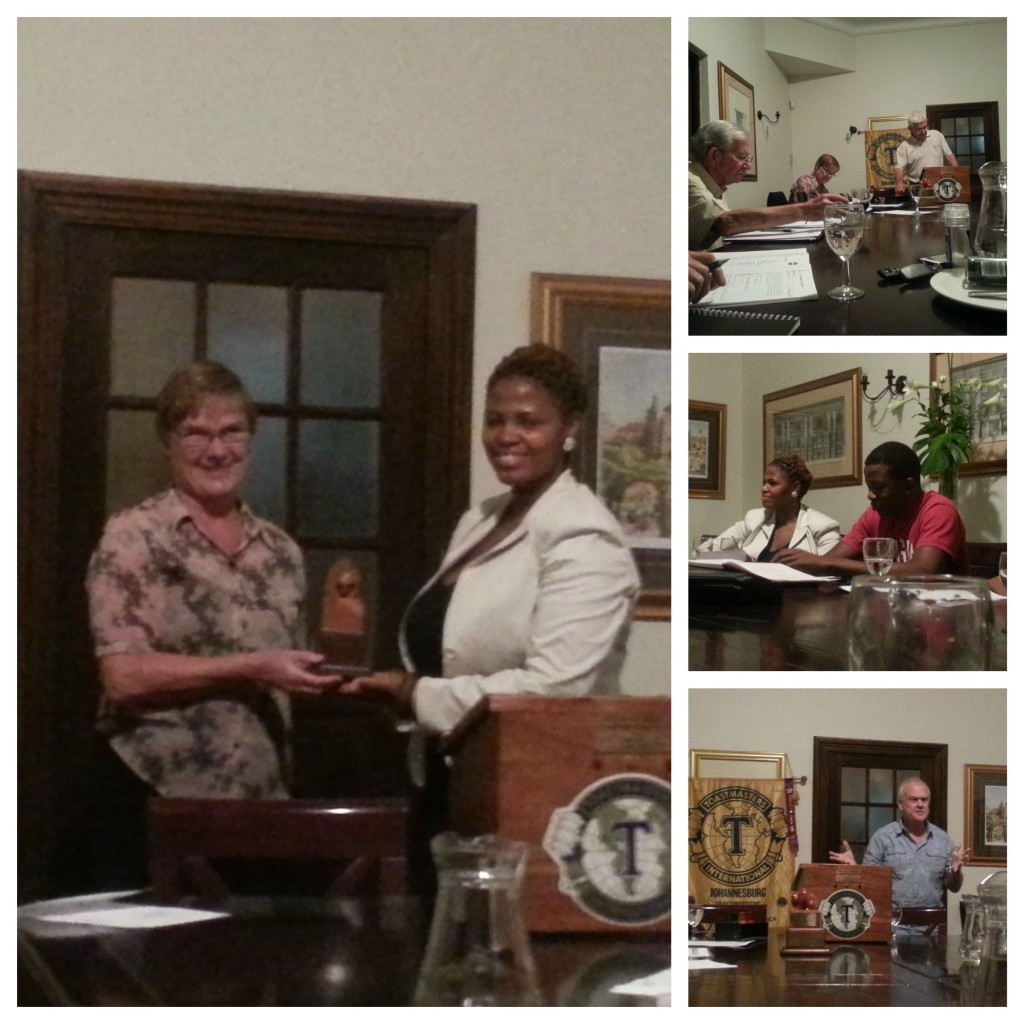 Our Table Topics segment was based on the theme of the day “Your Attitude Determines Your Altitude”. We all had fun playing around with this phrase; even our guests had a taste of Toastmasters and did very well.

After our dinner break we listened intently as Dick Hallet gave an educational presentation on “Giving a good International Speech”. He shared some of the tips and secrets to giving an award winning speech and concluded our agenda.

The Grizzly Bear was awarded to Khanyiswa Nogomba who successfully completed her well-articulated Ice Breaker and in so doing took the first step to being a Toastmaster.

Some highlights to look forward to are: