The theme of the evening was “Whether you say – I can or I can’t – you’re right either way”. The word of the day for the Johannesburg Toastmasters Club Meeting held on the 5th of March 2014 was “Greatness” as proposed by Elijah Lemao.

Tinahe Ncube provided an eloquent toast of the day that way closely matched by a toast to Toastmasters International by Jim Connolly.

As has become the norm at Johannesburg Toastmaster’s club we had two new visitors who were interested in learning about the world of Toastmasters. Dylan and Ifran were in for a treat as we had one of our seasoned Toastmasters conduct his CC10. Not only that, we also had the privilege of hosting a guest Toastmaster from CIS Toastmasters Club – Tebogo Leshabane. Jim Connolly was the Toastmaster of the meeting and he guided us through an electric Toastmasters meeting.

During the dinner break we had the opportunity to get to know our guests much better and answer some of the burning questions they had about Toastmasters. This was followed by and educational by Di Sharp on the “Evaluation Contest”. She guided us through what an Evaluation Contest is as well as the requirements of the evaluation contest which was much appreciated for those who will be entering this contest. 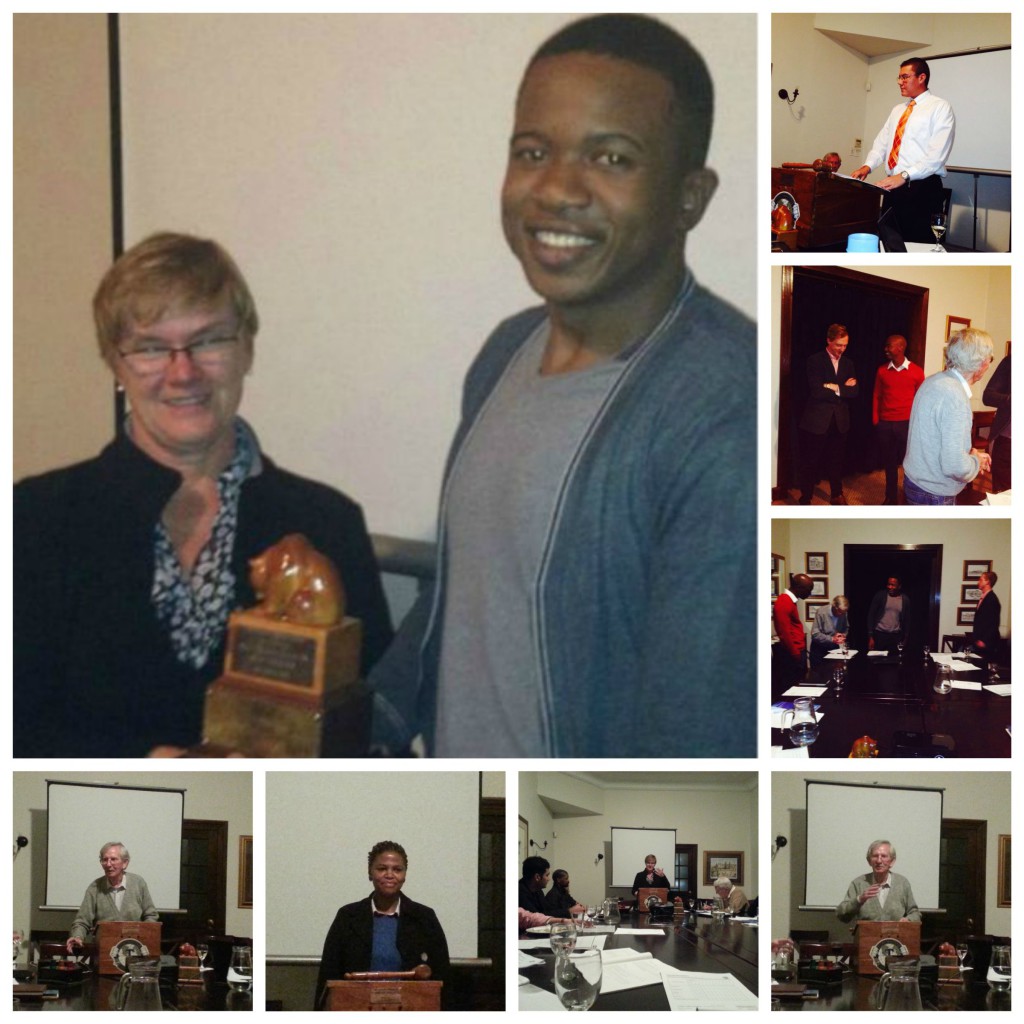 The Grizzly Award was given to Tinahe Ncube for successfully completing the final speech of the Competent Communicator manual. He gave a well-crafted CC10 to end this manual on a high note.

The next meeting will be held on 19th of March 2014 and the following have volunteered to conduct speeches: