The theme of the evening was “Can you imagine what I would do if I could do”. The word of the day for the Johannesburg Toastmasters Club Meeting held on the 19th of March 2014 was “Malcontent” as proposed by Christian Nyakanyanga.

Christian Nyakanyanga provided an insightful toast of the day that was inspired by the search to find the lost Malaysian Airways plane. This was closely followed by a toast to Toastmasters International by Des Smith. 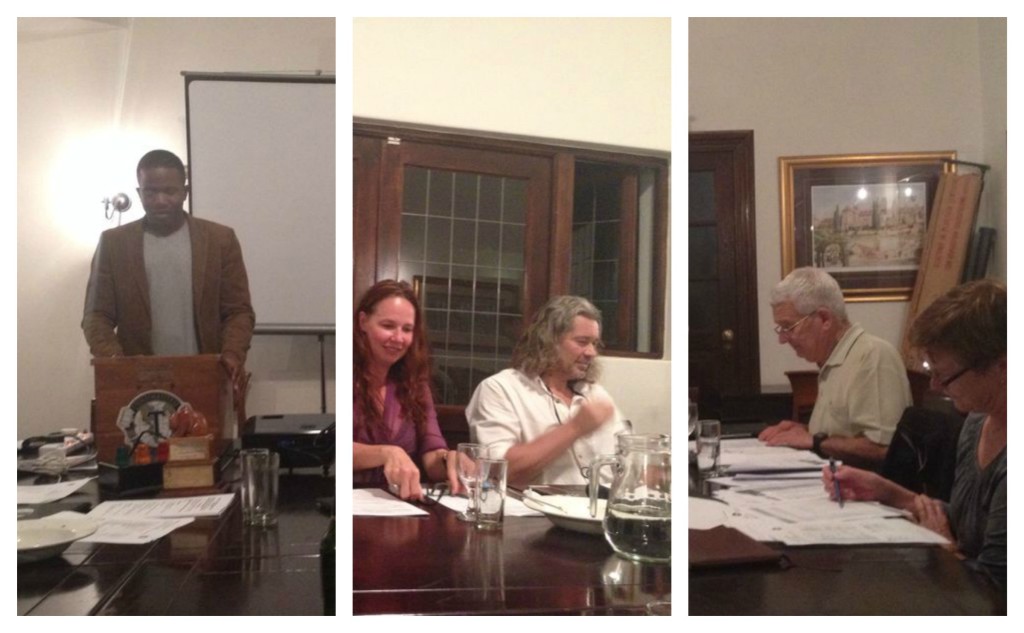 This week our guest at the previous meeting, Dylan brought a friend Clayton along to the meeting. We also had special guests from in the form of Cathy Angus who gave us an educational and Paul Goddard who presented a speech. It was truly a special night as we had two visiting Toastmasters speaking to us.  Tinahe Ncube was the Toastmaster of the day and he guided us through a successful Toastmasters meeting.

We had two successful prepared speeches:

We also had a prepared speech by Paul Goddard titled “It’s never too late”. He conducted his speech while also using vivid imagery through the projector and led us through understanding why it’s never too late in life to do something that you love.

The grizzly bear was awarded to Tinahe Ncube for his contribution to the meeting by being both Toastmaster and Timekeeper. 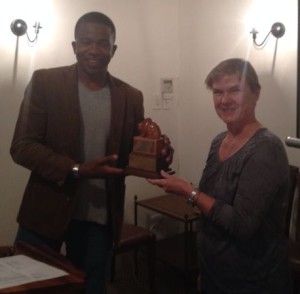 The following members/guests have volunteered to give speeches at our next meeting to be held on the 2nd of April 2014:

Max Kaan will be visiting the club to talk about future changes in Toastmasters.